Northumberland has a long tradition of mining. Some look back to it with great fondness for a bygone age. Others argue that it was an inherently dangerous, unhealthy and poorly paid way to make a living, that in the process despoiled our countryside. It is true that our history of lead, tin and coal mining has shaped the local area significantly - indeed I have over 100 former mines in my constituency alone. But the mining methods have moved on and now it is dominated by open cast mining for coal. This is a different type of mining, and a lot safer for the miners. The constituency I represent has numerous open cast mining sites. I have visited them all - from the huge expanse of the Shotton mine, to the proposed sites at Halton Lea Gate [pictured] and the UK Coal application in Whittonstall.
As the MP I have no power over the decision to grant or reject the application, because it is controlled by the Northumberland County Council. I also have to stay out of the matter, not least because I am required by the very nature of my job to represent, to the best of my ability, both sides of the local argument: this applies on the one hand to the simplest planning application for an extension, which only one neighbour might object to, as compared to large applications that impact on a number of people both from a positive and negative standpoint.  I have been a parish and local councillor before and all councillors know that every application can attract support and opposition. So it is with applications to the Council for open cast mines.

From a constituency MP's point of view what is significant is the way in which the different companies have engaged with the relevant local communities. People are inherently distrustful of significant change that they cannot control. Companies that wish to get community support for open cast mining have a major hurdle to overcome. However, it can be done - I have visited the Shotton Mine and the local area: by and large there is support for the mine, the many local jobs it brings, the wages that are paid, and the way in which the company engages with the community. There is also a significant tourism benefit in the long run with the creation of the Northumberlandia earth sculpture [see below] - the biggest ever of its type. Full details on this can be found in the report from the Journal:
http://www.journallive.co.uk/north-east-news/todays-news/2011/08/11/northumberlandia-sculpture-taking-shape-near-cramlington-61634-29215915/2/ 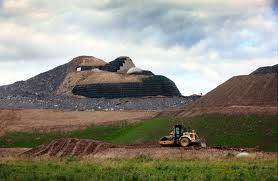 There are presently two applications before the Council for open cast mines. I campaigned against the Halton Lea Gate mine from a very early stage of being the candidate, long before the general election [see the blog post for late 2008]. In many ways I was freer to act as an activist as the candidate, as compared to the MP, who is restained by the obligations and requirements of the job. However, I have recently written to the Chief Executive of the County Council ensuring that local peoples objections, as expressed to me, are heard. It is fair to say that the objections are almost exactly as they were before I became the MP when this application was turned down by the County Council. It has also concerned me that there were possible problems with objectors having their say at the recent public inquiry - it is patently vital, and a fundamental part of natural justice, that all voices should be heard. That is the foundation of democracy. For my part I was in Westminster and unable to attend the inquiry, which was midweek.

I have also recently met with the representatives of the objectors to the Whittonstall open cast mine. This was the latest in a long line of meetings with local representatives, and on one occasion in 2010, UK Coal, who make the application. It is clear that there are many hundreds of objections to this scheme, and that the majority of the local people, parish councils and businesses surveyed are against the proposal. The objectors are eloquent, organised and passionate about their cause. They have set out their objections in detail on their Community website: http://www.whittonstallactiongroup.co.uk/home.php

Again, I have written to the Chief Executive of the County Council to stress, in particular, the need for the impacts of the new Localism Bill to be fully understood by the relevant planning officers when assessing such an application. It is also wrong that these applications should take so long and be submitted on a repeated basis - it creates a blight upon the homes and businesses in the local area which is manifestly unfair.

It is not for me to decide these two applications. The whole point of the Coalition Government's approach to localism is that local people should have a real influence on how their local area is managed, developed and run - on all levels from housing to planning. One thing is clear to me. Neither of the 2 companies who seek to put forward applications for open cast mining have been able to persuade the majority of the local population that their plans are good for the community. On this issue the companies need to ask themselves why?
Guy Opperman at 16:07
Share
‹
›
Home
View web version