This is the long version of my Sunday Times article from 2 weeks ago on assisted dying,which explains why I will be supporting the bill. 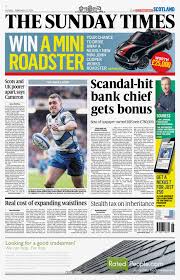 "I am in favour of changing the law on assisted dying, and will be supporting the Private Members Bill that is being brought before Parliament on Friday September 11th. This is a free vote matter, but a very contentious issue of conscience which will divide the Houses of Parliament. However, I am strongly in favour of change that provides safe evolution of the law, with stringent safeguards.

Many of my constituents were friends of Geraldine McClelland, the former BBC TV producer, and founding member of Newcastle’s Live theatre. Geraldine took her life at Dignitas in Switzerland in December 2011, following an unsuccessful battle with cancer. Before her death she made the case for change by saying: “I am not sad that I will die today. I am angry that I can't die in the country I was born in, in my own home.”

“Gerry had to abandon her home and be driven across Europe…to end her life in a light commercial estate in an impersonal Swiss suburb.”

The tragedy is that we now have one law for the rich, and one for the poor. It cannot be right that those who need our support most, at the end of their lives, live in fear and uncertainty of how or where their last moments will be, and whether their loved ones will face prosecution after they are gone. It seems to me manifestly wrong that individual members of the public do not have the choice, and are prevented by law from doing something in this country that they are able to go and do legally at Dignitas in Switzerland. How can it be fair that wealth determines dignity in death? Where those rich enough are afforded a death in a manner they choose and yet those who are too poor to escape are locked in the system and have no rights over the ending of their own life?

My own personal views changed in 2011. I had been an MP for less than a year when on the 26th April 2011 I collapsed in the Central Lobby of the House of Commons. I was rushed to St Thomas’s NHS hospital, where after a midnight scan, a young A and E doctor advised me that I had a tumour the size of a child's fist pressing down on to the left side of my brain. I was told that I would need a craniotomy to remove the tumour. The implications of such surgery are vast: there is a genuine risk of death whilst under the knife, or alternatively loss of speech or sight and partial paralysis. The implications, however, of not operating on the tumour would ultimately have been terminal. It was 2 weeks before I had my operation. I survived with a substantial scar and with no physical deficit. My tumour was not malignant, and I feel a great deal healthier, better and stronger now the tumour has been removed.

I was one of the lucky ones. During my time in hospital, before and after the operation, many of those around me who were also suffering from different types of brain tumours were not so lucky. This time provided the opportunity to contemplate my situation, and the law that existed. Subsequently, back in parliament and in my Hexham constituency I have met with medics, lawyers, hospices, carers, religious representatives from a multitude of faiths, and groups on both sides of the argument. But my view is now clear: the law on assisted dying needs to change.

The heart of this debate surely centres on one question: to whom does a person’s life belong? I suggest that a person’s life belongs to the individual themselves. It should be for those who are not as lucky as I was, to make their choices about how they live, and if required, how they end their own lives. This is a transfer of power from the state to the individual, who is then free to choose, subject to very strict safeguards.

Patients have the right to life: but they also have the right to personal autonomy and dignity. When a patient’s condition has no cure and death is a certainty there must surely become a point where the individual has a right to end their own suffering? In these cases, this Bill provides a clear way forward. It only applies to a person who has a reasonable expectation of death, by reason of a terminal illness, within six months; this prognosis must be made by two registered medical practitioners. The Bill also provides safeguards by requiring patients themselves to self-administer the medication, and only after a High Court Judge has agreed that the prerequisites of the law have been properly complied with.

One of the central arguments against assisted dying is that it would lead to a slippery slope: this Bill does not threaten the lives of vulnerable people. It will not lead to more deaths, but to less suffering. Safeguards are essential and not a single Member of Parliament disagrees with that. To those that argue safeguards do not work, or that it is not possible, should look to Oregon’s Death with Dignity Act. In place for 17 years, it enables someone who is terminally ill to request the option of an assisted death. There has been no evidence of abuse since its inception. Further to that, around 40% of dying people who meet the strict safeguards to obtain life-ending medication never use it, simply taking comfort from having the option.

This Bill creates a more defined legal pathway which gives choice and certainty back to those who want to die on their terms, at the time and manner of their choosing. The Bill does not lead us to euthanasia - no MP wants that.

This Bill, above all, provides comfort at a time of great personal sadness and loss. Professor Stephen Hawking, a supporter of assisted dying, has stated that ‘to keep someone alive against their wishes is the ultimate indignity’. This Bill is a free vote and an opportunity to change that. I will be trying to change the law on September 11th.